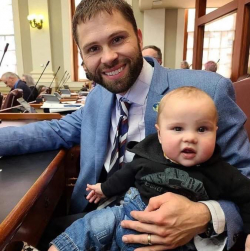 Tavis is a resident of Readfield, living less than a mile away from his childhood home in Winthrop. He and Nicole (nee Emery) Hasenfus, his wife and high school sweetheart, have a four-year-old daughter Gavia, and two sons Griffin (two) and Grafton (one). Tavis is the son of David Hasenfus and Leah (nee Turner) Glazier.

Growing up on the shore of Lake Maranacook, Tavis enjoyed all the recreational and sporting activities it provides. This experience helped shape his commitment to keeping Maine’s waters and woods clean and protected, so his own children, and all of Maine’s children can do the same. He currently serves on the board, and was the former president of, the Friends of Cobbossee Watershed, a local non-profit with this very mission. In the 130th legislative session, Tavis served on the Committee on Innovation, Development, Economic Advancement and Business.

Tavis attended Winthrop Public Schools and is a third generation Winthrop high school graduate, class of 2006. As a student, he was a civic leader, being both class and student council president while excelling at football, hockey and baseball. Tavis graduated from the University of Maine in 2010 with a B.A. in Philosophy and minors in Ethics, Anthropology, and Religion. He then graduated from the University of Maine School of Law, before returning to Winthrop to work at Levey, Wagley, Putman & Eccher as an attorney.

Tavis can think of no better place to live and work than Readfield and Winthrop. This community stole his heart from a young age and his bond to the area only grows stronger with time.

Having grown up on Maranacook Lake, the health of our local lakes is of great importance to me. That is why I agreed to serve as the President of the board of directors for the Friends of the Cobbossee Watershed. Maintaining a clean lake, free of toxins and invasive species is key to protecting the community for future generations. The State Government should work closely with non-profits, local lake associations and citizens to preserve this great resource for generations to come.

I was able to, for the first time in years, pass a bill to address the milfoil crisis effecting out lakes. LD 1826 was a bipartisan bill that will bring state agencies like the Department of Environmental Protection, Department of Inland Fisheries and Wildlife and Department of Marine Resources together with local lake associations and conservation agencies to rethink how we respond to and contain Invasive aquatic species, before it is to late.

Being from a family of educators and the product of our local education system, I know firsthand the importance of providing quality and affordable education to our children and young adults. No two children are alike and their education shouldn’t force them into a “one size fits all” mold. Local schools should have enough funding to assure that each student has the opportunity for an educational program that fits that student’s needs, without requiring towns to increase property taxes.

For graduating seniors we need to find a way to offer them affordable options in all areas of study from apprenticeships and trade school, to universities. I voted to fully fund Maine’s public schools, for the first time ever paying the promised 55%. I voted to provide free community college to Maines recent graduates, and I always voted to support our teachers.

It is heartbreaking to hear the stories of our parents, grandparents, aunts and uncles, that saved their entire life only to lose everything paying for their nursing care. Our government should provide in home supports, and property tax relief to keep seniors in their home. Seniors should also be entitled to pass on a portion of their lifetime assets to the next generation. With an aging population it is of the utmost importance to rethink how we care for our elderly.

Last year, we provided tax relief to family caregivers, increased the property tax exemptions for elderly Mainer’s, and I am currently working with a group of experts to find a way to move my bill, LD 1427, forward so we can ease the burden on families dealing with the stringent financial requirements of a long-term care application and help them leave a little something to their family.

Growth is a necessary part of every community, but unchecked development can have devastating effects. Maine has some of the most pristine wilderness and natural resources in America, but it is also losing population. I believe our state needs to find innovative and creative ways to grow the economic opportunities within our communities to keep young people here, while making sure that Maine’s one of a kind natural resources remain for future generations.

I co-sponsored a bill that created a grant program to award qualifying Maine towns that show a commitment to new sustainable developments $50,000. I also developed the amendment that successfully moved LD 1694 out of committee and garnered overwhelming bipartisan support.

LD 1694 created the Maine Redevelopment Land Bank, a state agency tasked with assisting municipalities in revitalizing dilapidated properties, to help municipalities bring these properties back to productive use, whether it be for housing, office space, manufacturing facilities, or historic buildings.

No more hateful or extreme talk. It’s time to listen to each other. I sincerely believe that the most important trait of elected officials is to work with all other officials in a responsible fashion. Respect, honesty, integrity, compassion and cooperation, are central to my life and my campaign.

I work hard every day to practice these values and to encourage those around me to do the same. Over the past two years I worked collaboratively with Democrats, Independents and Republicans to strengthen and pass bills that help Maine. I have developed a reputation on the Innovation, Economic Advancement, and Business Committee for cutting through the partisan nonsense to bring input from all sides to craft strong bipartisan legislation.

I coached him through seven varsity seasons in high school; he was always an all state athlete exemplifying excellence in sports, achieved by a strong, focused work ethic.

I watched him pass his bar exam and become a respected Maine lawyer, then come back to work in his hometown of Winthrop.

He continues giving back to this community by volunteering and coaching youth sports.

One thing you can expect from Tavis - if you re-elect him - is 100% effort and commitment; it’s what he’s always brought to the table. He never brings less, he doesn’t know how, it is not in his nature.

More than being a good legislator, Tavis is an even better person and father. He is making decisions for his constituents as well as his family, and that is something he doesn't take lightly.

Tavis has my support because he is real, down to earth, and wants to help. He's done a great job so far, and I'm looking forward to sending him back.

A vote for Tavis Hasenfus is a vote for common sense, strong family and community values, environmental awareness, and hard work. 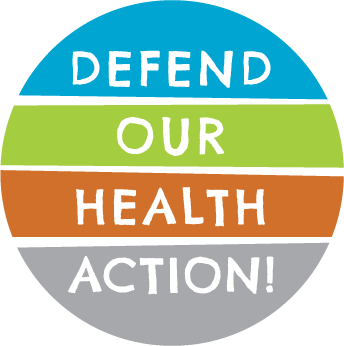 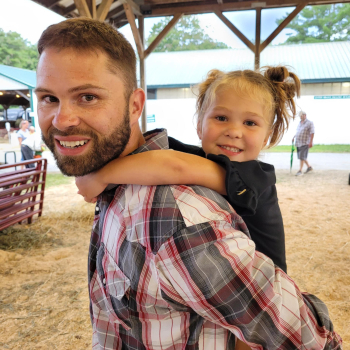